Down Here is a story about the downtown most rarely visit. It's a place that’s growing in the heart of our cities. A place we occasionally glimpse from our cars. But Down Here stops and enters. We confront a world that appears post-apocalyptic. A world filled with the decaying artifacts of a once functioning city and its survivors.

The film portrays a harshly surreal world inhabited by the homeless, the poor, hungry, addicted, sick, the visible and invisible minorities. In Down Here, alongside scenes of dark allies, refuse strewn streets, crumbling buildings, are intercut conversations with eight remarkable and ultimately admirable residents.  As the story progresses we become more and more deeply immersed in what for most of us is an alien world. And then the film pulls back sharply outside the box and we see ourselves.

Down Here escapes the clichés, resists the pressure to be drawn superficially into simplistic opinions about a complex subject. The filmmaker remains an outsider, lets the residents express their own truths, and builds a bridge of sorts between the alien world of the downtown alleys and the affluent suburbs outside. Ultimately we leave behind the easy judgments and learn something about humanity.  At the film's closing, underscored by the haunting music of Vancouver legend Jim Byrnes we're reminded that the people of this neighborhood are "... our parents, our brothers and sisters, our children, ourselves." 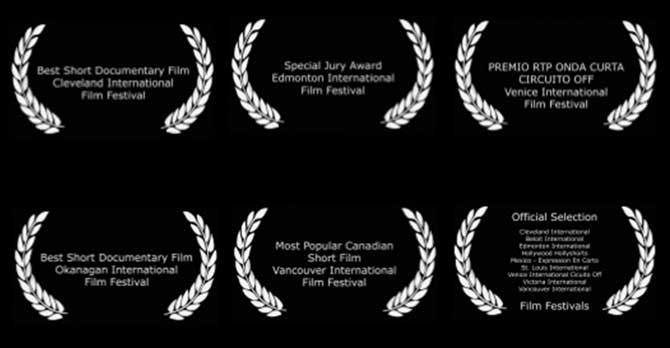