Buy the DVD or BluRay

The Art and Activism of Robert Davidson

The great and enduring power of Robert Davidson’s 14,000 year old Indigenous culture is the power of an art so beautiful it must be seen over and again. And now with the release of the DVD and Blu-ray – you can.

Haida artist Robert Davidson is one of the foremost cultural icons of the age. Haida Modern features the artist himself along with art historians, politicians, rock stars and family members who detail the key accomplishments of Robert’s life – including how Robert carved the first totem pole raised in 100 years, an act credited with sparking the revival of North West Indigenous culture.

In this highly acclaimed program the beauty of Robert Davidson’s art is underscored by the breathtaking majesty of the natural world of Haida Gwaii from which Robert draws his inspiration. 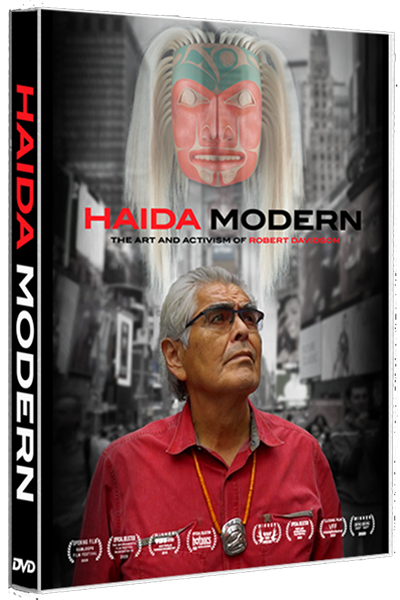 FOR HOME, PERSONAL USE